You just had a baby. You are trying to get the hang of this mama thing. You’re running on no sleep. You’re trying to figure out breastfeeding. And you’re getting to know the new little human in your life.

So, the last thing on your mind is getting pregnant again. This is why you need to know your options when it comes to birth control methods while breastfeeding.

Doctors typically recommend waiting at least six weeks after you give birth before starting any hormone birth control methods while breastfeeding. This is because some infants less than six weeks old might not be able to metabolize the hormones. 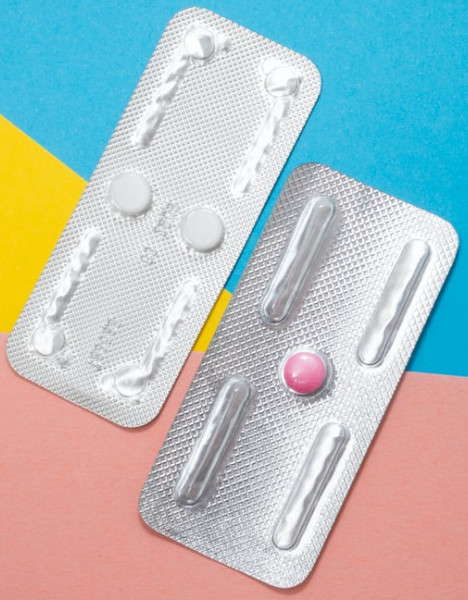 This is what is commonly referred to as “the pill”. It is also the most popular form of birth control. It is a combination of estrogen and progestin.

In order for it to be effective, it must be taken at the same time every day. It was approved for use in the U.S. in 1960. (1) It is currently used by 100 million women worldwide and 12 million in the United States.

It is a thin rod that your doctor inserts under your skin in your upper arm. Over the course of three years, the rod slowly releases progestin into your body.

Every three months, a doctor administers an injection of progestin into your buttocks or arm.

A combination of estrogen and progestin, the patch is applied to your upper body, buttocks, or lower abdomen (never put it on your breasts). You apply a new patch once a week for three weeks. In the fourth week, you go without a patch and this is when your period will start.

This is a ring that you place inside of your vagina. It releases estrogen and progestin into your bloodstream. You leave it in for three weeks and take it out the fourth week to have your period.

It is also called POP, the nursing pill, or the mini-pill. This pill is different than the combined pill because it has only one hormone, progestin. The hormone estrogen can cause low milk supply, so some women take POP so that they can avoid losing their milk supply.

The intrauterine device is called Mirena or Skyla. It releases progestin in a small amount over the course of three to five years.

Will my Breast Milk be Affected by Hormonal Birth Control?

A lot of women have no issues when they take hormonal birth control. But sometimes women have their milk dry up from the estrogen in these products.

If you are not exclusively breastfeeding your baby or if you are nursing a baby older than six months old, then you have a greater risk of your milk drying up. If you are already dealing with low milk supply, then taking a hormone method, specifically one with estrogen might make this problem worse.

That is why a progestin-only contraceptive is your best option if you prefer to take a hormone method. Most mothers do not have any problems with low milk supply when using a progestin-only form of birth control when started after the 6th to 8th week postpartum. Most doctors will recommend you trying POP as it is the least likely to affect your milk supply.

Consult with your medical provider to make sure that this would be the best option for you and your situation if you are experiencing a low milk supply.

When you take hormonal birth control, a small amount enters into your milk. (2) There is no evidence that it is dangerous to your baby.

It is not recommended to start using a hormonal type of birth control when your baby is younger than six months because they might have a hard time metabolizing the hormones. A hormone birth control method can cause extra fussiness in your baby but usually goes away when a different type of non-hormonal birth control is used.

These methods have no hormones in them so you don’t have to worry about your milk supply. They are compatible with breastfeeding and are effective, but no method is 100% effective against pregnancy.

A diaphragm is a shallow, dome-shaped device that is made out of silicone or latex. It is inserted into the vagina in order to prevent the egg and sperm from meeting. They are usually used in conjunction with a spermicide (a foam or a cream that kills sperm) to be fully effective.

This is the second most popular form of birth control. They are an inexpensive option that not only prevents sexually transmitted diseases as well as pregnancy.

They are normally made of latex, but if you have an allergy there are options for you. Trojan sells a lambskin condom, which is made out of a thin layer of sheep intestine. There is a condom made out a synthetic latex that doesn’t produce a reaction.

It is what it sounds like. A cap the covers the cervix, which is the opening to your uterus.

This is the most popular form of natural birth control. It is also called Fertility Awareness. These practices limit sexual intercourse during portions of the menstrual cycle, during pregnancy, and after menopause.

– Have a baby younger than 6 months old

– Haven’t had a period since baby’s birth

This method doesn’t rely on physical symptoms of fertility, but rather is based on the length of past menstrual cycles. Before you use these forms of natural birth control, it is recommended to chart your cycle between 6 to 12 months so you get the hang of its rhythm.

There is a certain formula that you apply to this method to use it as natural birth control. First, you find the estimated length of the pre-ovulation infertile phase. Nineteen days are subtracted from the length of the woman’s shortest cycle.

Next, you find the post-ovulation infertile phase. Ten days are subtracted from the length of the woman’s longest cycle. So for some women, this means that they will be abstaining from sex for a substantial amount of time throughout a month.

In order for this method to work, you must have regular cycles that come every 26-32 days. It is also imperative that you do not have unprotected sex from day 8 through day 19 of each cycle.

Most women use special strings of beads called CycleBeads. These beads help them track their cycles with different colors of beads that indicate which days are safe and unsafe to have unprotected sex.

This is a surgical option for a man when a surgeon blocks the vas deferns tubes to keep sperm out of the seminal fluid. Instead of being ejaculated, the sperm is absorbed into the body. This is meant to be a permanent solution to birth control, although there have been successful reversal procedures.

It is important to wait to have sex three months after the procedure, one because your partner is recovering from surgery and also because in rare cases the tubes can grow back and cause pregnancy. After three months, then the man goes back to see the surgeon make sure the procedure worked.

It is also called sterilization or “getting your tubes tied”. A surgeon goes in and ties and severs the fallopian tubes. This is a permanent birth control option for a woman and is more permanent than a vasectomy because reconnecting the fallopian tubes is more difficult and it is expensive.

As you can see there are many options for birth control while you are breastfeeding. No matter which option you choose, remember that none of them are 100% effective, so there is still a chance you could become pregnant again.

Which birth control method(s) did you use or are currently using while breastfeeding?

This site uses Akismet to reduce spam. Learn how your comment data is processed.

I believe that every mom should have the choice to stay at home with her kids and money should not have to be the deciding factor.

This website uses cookies to improve your experience while you navigate through the website. Out of these, the cookies that are categorized as necessary are stored on your browser as they are essential for the working of basic functionalities of the website. We also use third-party cookies that help us analyze and understand how you use this website. These cookies will be stored in your browser only with your consent. You also have the option to opt-out of these cookies. But opting out of some of these cookies may affect your browsing experience.
Necessary Always Enabled

Any cookies that may not be particularly necessary for the website to function and is used specifically to collect user personal data via analytics, ads, other embedded contents are termed as non-necessary cookies. It is mandatory to procure user consent prior to running these cookies on your website.